We had a shock this week!

Just a bit more than a week ago we had the terrible news from New Zealand, and just a few days after that on a plain Monday morning we had a shooting in the middle of our little country!
Some completely deranged person thought it might be fun to shoot around in a tram in the city of Utrecht. 3 people died and 5 were injured, of them 3 very serious.
Why??? That is the big question. How could it happen, that a criminal person was free at the time, although he was arrested two weeks before for a rape that took place in 2017. Apparantly because he agreed to cooperate in a personality test, he was released from custody. Hmmmmm?????
Some say it is a terrorist action, some say it might be just an instable person, may be it is a mix of the two.
whatever the motive is, it is completely crazy, that things like this can take place.
Big compliment however to the police, special forces, ambulance people, who did a great job, and it is fantastic that they arrested the man that same day.
Now we will just have to wait till perhaps we hear more about all of it.
whatever the utcome will be, it will never bring back the dead.

It is hard to go on with another subject, because the news above makes you really sad.
But how strange and hard it might be, life is still going on and it has to.
I think it is the best answer to actions, terrorist or other(although I think you shuld call them ALL terrorist actions ) carry on with life and showing that we will not surrender and give in to brutalism and terror and intimidation.

Start of this week Jan didn;t feel very well. He had some trouble of his tummy, did sleep a lot, I think he had perhaps some kind of flu. Last couple of days it is going better with him, he has almost "normal"visits to the little chamber(first few days almost  nothing came out if you know what I mean) hahaha. He still isn't up to 100% but slowly he will. According to the fluid in his legs he had to bring some urine samples, (well, i did bring it to hospital, he was in no condition to go by himself) and now his doctor will phone him again this Monday, hopefully with some result or action. We'll see.

All in all it was more or less a quiet week. Yesterday I had to go to my friend Heidi's house to give the doggie a walk in the early afternoon.
Of course he was happy to see me, we had a good walk, I think more than half an hour, and then I made a detour going home because I wanted to buy us something for dinner in a special shop. It were just meatballs, but they are so tasty there, yummie! Yeah, i know  can make them myself, but they just aren;t the same. So, as an exception, we had some more expensive meatballs, hahah.
And yes, they tasted really yummie on a white bun.

Oh I had a good buy this week in our supermarket, they had a special, special offer for a bread box, normally they were € 20,00 and now just for €5,00!  thought i could do that and bought one in red. 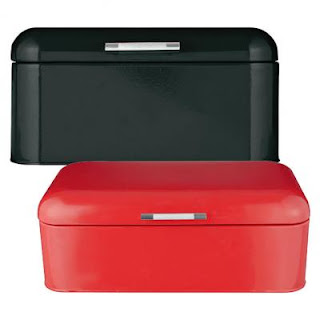 I know, it isn;t a hightlight in one's life, but I am happy with it and it just fits in the kitchen cupboard.

I have today for you some clusters from Arlene, made with the You, the World and nothing else kit. As usual they are lovely.
And if you shouldn;t have enough, my friend Edna also made a quick page with this kit.
This evening we will watch a soccer game, because the qualifications for the European Championship soccer 2020 have started. Our tem already played one game and they won with 4-0 from Belarus. Today they will have to play against Germany, hopefully it will go well again.
Good, time to finish now and have a cup of tea, I think.
Wishing you all a wonderful week. 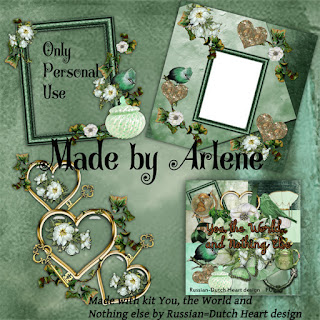 Posted by smiekeltje at 2:24 PM

Hello and Thank you Kyra and Arlene, for these lovely clusters.
It would be so good if we could all live together peacefully. Mother Nature does enough damage to people's lives and property without humans doing it to each other as well...

Arlene's clusters are beautiful. Thank you. So sorry to hear that Jan has not been feeling so good. Hopefully, it will be all cleared up soon. It's really so nice of you to walk the doggie for Heidi. Aside from Heidi, you must be his very favorite person.

What a wonderful buy you got for your new breadbox. I have one too. It helps to keep the mouse away from my bread. hahaha. I haven't seen my mouse for a couple days. Hopefully, he found another house to live in? That would be nice.

Now I'm off to get started on a few chores. You have a wonderful week my friend, hugs, Edna B.

Hello :) I will send you an email with instructions regarding the blog layout tonight. Just on my way out now doing my grocery shopping :)
Hugs Snowy

Thanks ever so much for the clusters from Arlene, gorgeous as usual! I'm with you, I think the world is going insane lately, seems everyone is "out of touch with reality" anymore! Anyhow, it is just AWFUL all the senseless killings! Hope Jan feels better real soon. Weather is improving slowly here, but heating up nicely for the spring hail storms (we had 2 last evening) and I need to call insurance to check out my roof. Those hailstones scared my fur babies (and me) at 12:30 a.m. Have a great week ahead, and thanks again for all the lovelies you share! Hugs, Mat