My hubby is home again.

Yes, Friday afternoon Jan was released from hospital. The infection was gone and they couldn;t do much more for him at the moment.
Let's hope he will be out of trouble for a really long time now.
Of course he is still rather tired, takes several naps during the day, but I don;t mind that. His body will be in need of it. after fighting the infection.
He will have control appointment with his doctor in 14 days now.

We have cold weather here at the moment. Nights we have frost and during the day it only gets to about 3C above zero. Worst of it is that there is a little wind coming from the east, all the way from Russia and that makes it so cold. And they predicted it will even get a bit colder the next few days. But if you just look through the windows, it looks fantastic. Blue sky and sunshine. You just must not put your head out of the door or window LOL.
Also it takes a bit more heating, which isn't so good for the gas and electricity bill. So I just cross fingers the cold will disappear soon and that we will have some Spring weather and temperatures.
Would be better for Jan too, so he could go out and have some walks and build on his condition.

Well, you can imagine I didn;t do much last week. For first I was tired and had to get some rest and then in the afternoons I went to hospital, and to be honest, I just hadn;t too much energy left to do anything.
We need some quiet times now, if possible, without any stressing events, and that for a longer period, if possible!

I was happy that we had the Winter Olympics, it was a good distraction. Our Dutch team didn;t do too bad, I think we won 20 medals total, most in speedskating and some in shorttrack.
Today is the last day, in about half an hour there will the closing ceremony, that I will watch for a bit.

And here is a kit for you, named it All our yesterdays.
I will give you also Arlene's clusters.
Hope you can make some nice memories with them.
Thank you all for your support and prayers!

Have a wonderful week and stay safe! 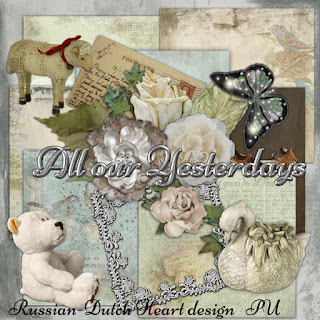 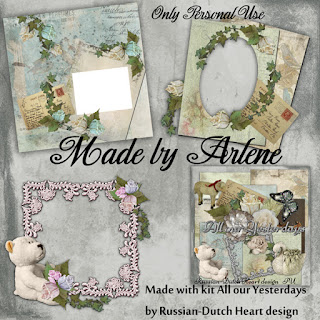 Very unhappy news to tell in this short post. Want here on Sunday, when I usually update my blog, because Jan got ill. Already on some days earlier I noticed a change in him, as in not being too concentrated and sleeping very very much. But, okay, it can happen.
But Friday evening already he started to be less interested in tv, wanted only to lie down, slept lots, and the days after it went to worse. Concentration gone, coordination too, I had trouble to get through to him. I toook temperature and he had a bit high, so I though at first he may be caught a cold or so.
Sunday it was worse so I called the doctor in and he came at about lunchtime. Quick check and he called for an ambulance.
After a few hours in fist aid departement of the hospital a doctor told me he most probably had an urinanary infection. So they would keep him for some days and he gets antibiotics and now hoping that will cure the thing.
How he got the infection? No idea.
Well, now you know what I am doing these days.
I was completely done yesterday evening. Didn't had much sleep Saturday and Sunday night, (say, practically not) because I had to keep an eye on Jan. If he stood up I had to be there, otherwise he could have fallen, or have done some strange things.
So Last night I did sleep deep and feel a bit better now already, but still need some proper rest.
On top of all last week also my oven died, which is very akward. I used to do a lot of recipees in the oven. But as my finance isn;t the brightest at the moment(there are some bills to pay from health security and more), bying another oven  probably has to wait for a while.
No, this year certainly didn;t start all too well for us, let us hope we got it all in one package and that the rest of the year will be easier!
At least you know what is going on, I will keep in touch, and you will have a kit or so next time I will post okay?
Keep safe and healthy, till next time.

Weather report LOL! We had some rather cold days, but now temperature is going up a tiny bit. Still possible to have some frost during the night( in our part it will be just 0 or-1C) and at daytime around 5-7C. Not too bad, and it is good to have some sunshine every now and then, evenif it is cold outside.

We had a rather good week, tried to keep it boring and I managed to accomplish that more or less, ROFL.
Jan was at his doctor's and she still seemed to be moderately pleased. He had a little augmentation of the fluid regulation tablets, she wanted to see how that worked on him. He cannot take however too much, because that works a bit on his concentration and such. So it is a delicate balance to find. Still in general it is going not bad, just will need it's time. Pity he had a kind of off-day on Friday, probavly caught a little cold or so, he slept a lot that day and next day already felt a lot better. On top of that we had a telephonecall on Friday from his younger brother that another brother passed away. He was ill already for a long time so probably for him a good thing he passed away.
Jan didn;t had contact with that brother for a long time, too much seemed to have happened in the past. Still it isn;t a nice message to receive.
It makes you realize again, that life plays it's tricks and also that we are getting older. Oh well, we cannot change that, just have to deal with it.

yesterday I went to Heidi for a quick birthday visit. Her daughter Séverine reached the sweet 16 age! Gosh, how fast time goes. I still see her as little girl, you know!

And this week the Winter Olympics started. I watched the opening and I must say it was fantastic!
and wow, the Games started well for us, we have gold, silver and bronze on speedskating for women on the 3000 mtrs, we have silver in shorttrack 1500 mtr. for men and gold on speedskating 5000 mtr for men! Not bad for a little country. Also great to see our king present at those events, he is a huge fan of speedskating and he was just sitting in between the public and cheering and jumping as everybody else.

So now I think I will finish this post, I'd like to sit down on the couch for a while, have a sandwich and a coffee and watch some more Olympics, I think. Later today I will spend a bit of time in the kitchen, preparing our dinner. I think I will make some leek in the oven, I will make a bechamel sauce, with some cheese and ham, put it over the cooked leeks and put it in the oven later, to let the cheese melt. Yummie. A piece of chicken filet and may be some potato croquettes.

I have a kit for you, named Vraiment Chic, and I think you could use it also for some Valentine layouts. I feel generous today(hahaha) and will give you the clusters from Arlene as well.
Have a good day and week ahead, stay safe and healthy! 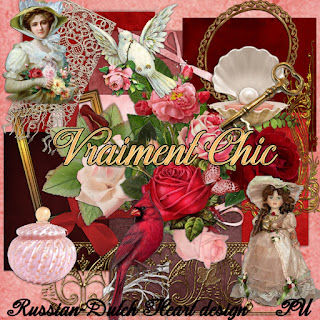 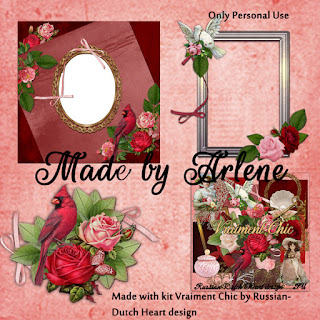 A little bit of winter

I am somewhat later today, just because I want to take it real easy today,LOL.
After that hectic period last year, which is putting it's mark until now, I really like to at least have one day where I don;t  HAVE to do anything, you know what I mean? Just let the day flow a bit, not rushing into anything, hoping it will be a quiet day, without anything that interrupts with it, hahaha.

This week, in fact, was a rather quiet week. No doctor's visit, Jan only had to make an echo, we will hear the result next week, when we go to his doctor again.
I filled my time with the usual things, and it is nice to be able to do so again.
This week on the 31th of January, our former queen, now Princess Beatrix, had her 80th birthday! Quite an achievement. She celebrated it the day itself at her home with family and yesterday evening there was a big party for friends and such. 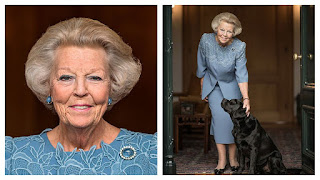 We are heading for a colder week now, here at the coast i think we will have nice with some frost up to perhaps -3C. At daytime we will just be one or two degrees above the zero. Mostly due to anwind coming from the north and north-east. But.... may be end of the week the wind will turn and then temperatures could go up again. I truly hope so!

And then next week is the start of the Winter Olympics in South Korea! we really hope to take away a few medals in the speed ice skating, may be also a couple in the shorttrack. It will be no long sleep for us then during the Olympics! We will have live coverage from 08.00 in the morning, perhaps even earlier. Hmmmm,  that will be hard for me, LOL.
Okay, I will pick out the days that our sporters will performe, and the rest I probably can see in a resume in some sportsprogram during the day or evening.

So there is not too much to ramble about, best I give you the clusters Arlene made with the Looking Forward kit. Next week there will be a new kit for you.
Wishing you a wonderful week and till next time 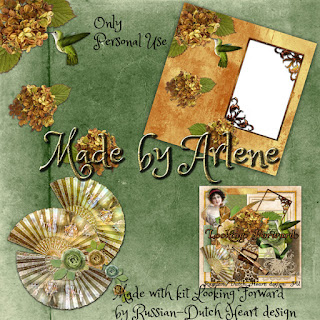