Some old and some new pictures

Weather will definately change by this evening and certainly in the weekend. Oh, I hope it will not be as bad as they predicted, cause then I will be sorry for Jan, as he has to work.
But..... we had some great days and may be it will restore itself again next week, so they say.
Unbelievable, but true, the plans for Wednesday really worked out!
We did take a long walk and found the blackberrie bushes Jan told me about. And there were loads of them! It was real nice weather, not too warm, but sunny and great for a walk.
You should have seen us, all busy collecting blackberries LOL! And it was worth it. You will see so further on.
But when I uploaded a few pictures, I saw there were still a couple on my camera! Gosh, they were from some time ago but I still want to share them with you. It was at the end of May, when also there were some lovely days and we too a walk to Scheveningen.
First a view on one of the harburs, mainly for yachts. 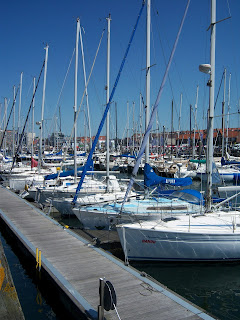 Then a view of the beach and you can see a lot of sailing ships on the sea, that was because there was a regatta going on. It's a bit far away, but still nice. 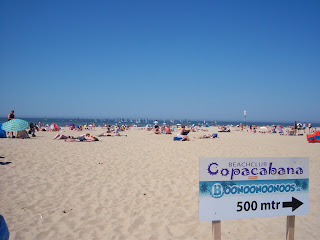 And the last one is a picture of a statue of a fisherman's wife, where each year they have a memorial for all the sailors who perished at sea. 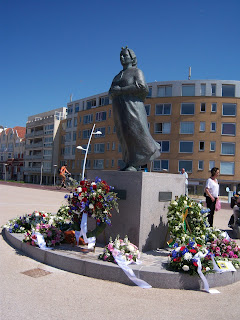 So those pictures were a nice surprise to me.

Now about our fruit crop on Wednesday. I had been so wise to take with us two boxes for the berries, and we needed them! We were like little children, all happy and laughing and calling eachother when we found a new branch with lots of ripe berries LOL.
By the time we took the way home we also stumbled upon a lot of wild rose bushes and they were carrying already lots of rosehips. So Jan said to me, that you could make great jam with them, so without delay we collected also a bunch of them. I believe they are even better a bit later in the year, but as they were at hand now, why not have some?
I have taken a picture of our blackberry crop, but first I'll show you a photo I took on our way home, of a little corner in a street, with a house with such a lovely little garden! 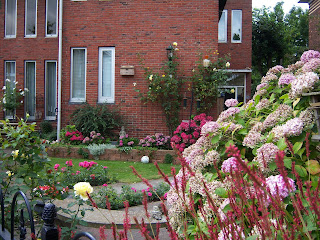 And now the blackberries!! 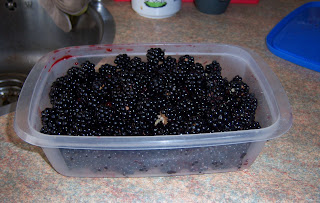 Aren't they great???? On the way home I popped in a supermarket and bought us some yoghurt, and we already had two days our desert from the yoghurt with lots of berries! And still enough for today.
And yesterday I took my chances on the rosehips. Cleaned them, cooked them, etc. and now I have a full jar with rosehipjam!!! My first self-made jam! And so sweet, as I was busy with the rosehips, Jan cleaned all the windows on the garden side!
Of what I tasted out of the pan(and gave a little spoon of it to Jan too) it wasn;t bad at all!
Now hopefully on a nice day next week, when Jan is free, we can take another walk to another area, where we know there are lots of raspberry-bushes. And hopefully we can collect also a lot of those!

So far of our adventures, LOL.
On to some scrapbooking stuff, lovely clusters from Arlene, made with the Wishful Dreaming kit. 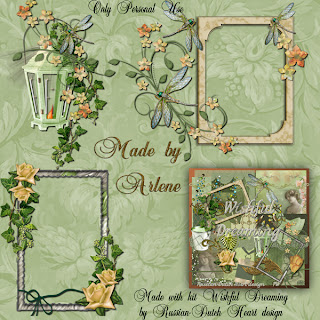 Oh, Jan and I have a memorable day today, LOL! We are married 5 years now. Gosh, I say it often, but it true, how time flies! We are not doing anything special for it, I could have done, but Jan has to work this evening. As we were awake for a moment last night and watched some tv for may be half an hour, we congratulated eachother with the event.That's was all but enough ROFL.
Okay, the kit for today is "Your Soft Touch" in one of my favourite colours.
Now you all have a wonderful weekend and till Monday! 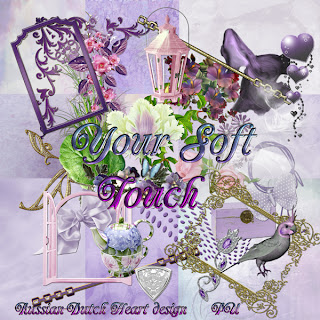 Congratulations on your anniversary!! Those blackberries look wonderful, more jam with the raspberries? Thank you for the lovely kit this morning too.
Karen xx

Thank you so much for this post. I want to let you know that I posted a link to your blog in CBH Digital Scrapbooking Freebies (please, notice the new url for my blog), under the Page 4 post on Aug. 24, 2012. Thanks again.

Thank you so much for this post. I want to let you know that I posted a link to your blog in CBH Digital Scrapbooking Freebies (please, notice the new url for my blog), under the Page 5 post on Aug. 24, 2012. Thanks again.

CONGRATULATIONS! AND HAPPY ANNIVERSARY! I'm wishing you and Jan many more happy years together.

Those berries look so yummy! Mmmm! I'm at work, so gotta go. You have a wonderful day, hugs, Edna B.

wow what lovely photos of the harbor, beach and the the house with the fab garden. Those blackberries look yummy. Glad you had the walk and so much fun together! Thanx to Arlene for the gifts and to you for the lovely soft touch gift. Happy 5th Anniversary to both of you, wish you many, many more to come! Have a fantastic weekend! Hugs!! Mat
BTW thanx for the visit and leaving such nice comments on my blog!

Thank you so much for sharing your photos, particulary the flowers of this lovely garden,and these blackberries look delicious!!
Arlene and you have worked hard, your creativity is really impressive: thank you for all these beautiful things!
Have a great weekend too,
Florence

Hello and Thank you for these great downloads.
Happy Anniversary and have a fantastic weekend...
Linda

You do such beautiful work. Thank you so much for your generosity.

hmmm...will have to give rosehip jam a try,lol... I went and picked blackberries, but the rosehips are not quite ripe yet here. Also waiting for the elderberries to get black. great pics....and such nice weather, it has turned bad again here now, feels like summer is over and autumn is arriving. Have a nice weekend.Hugs Snowy