All done with the soccer!!

This weekend was the last of the soccer chamionship, where our team had to play for 3rd place. And they did it. So all doesn;t end too bad, isn;t it? Of course everybody wants to win and be world champion, but they still did well, I think.
Then yesterday we watched the final between Germany and Argentina and Germany won. And I think, considering all their matches, that they deserve it.
So suddenly we can watch again the "normal"programs on tv, LOL.
We had a not too busy weekend, although some small things were accom;ished, a tiny bit more stuff has been organized here and there, yes, we are getting there. And I did some housework, which feels good to.
Friday afternoon Jan went to the market, and came back with some fruit, among others, some little prunes. I cannot say they were a too big success, they are not as sweet as they could be. May be I better try to make some jam of them?
But he also brought home some cucumbers and tomatoes, so definately this week we will eat a lot of salad LOL. Oh yes, he brought home also two steamed mackerels. Yummie, they tasted good, we had them saturday evening on some sandwiches.
Yesterday, however I prepared us a real dinner(mostly Fridays and Saturdays we improvise a bit), and made a lasagna. That together with some salad, was a nice meal. As always I made a bigger portion, so we will eat it again today, easy peasy.

I have a couple of photos of the garden for you, not yet from a rose I bought at a supermarket some time ago, but that rose starts to bloom so in a few days I hope to make a nice photo of the flower, it has a gorgeous color.
Here one photo of a ground cover rose, that does well this year, it is full of little roses, only this year they disappear a bit because we planted the big dahlias in front of it, not knowing those dahlias would become THAT tall LOL. Definately next year we will have to find another place for those. 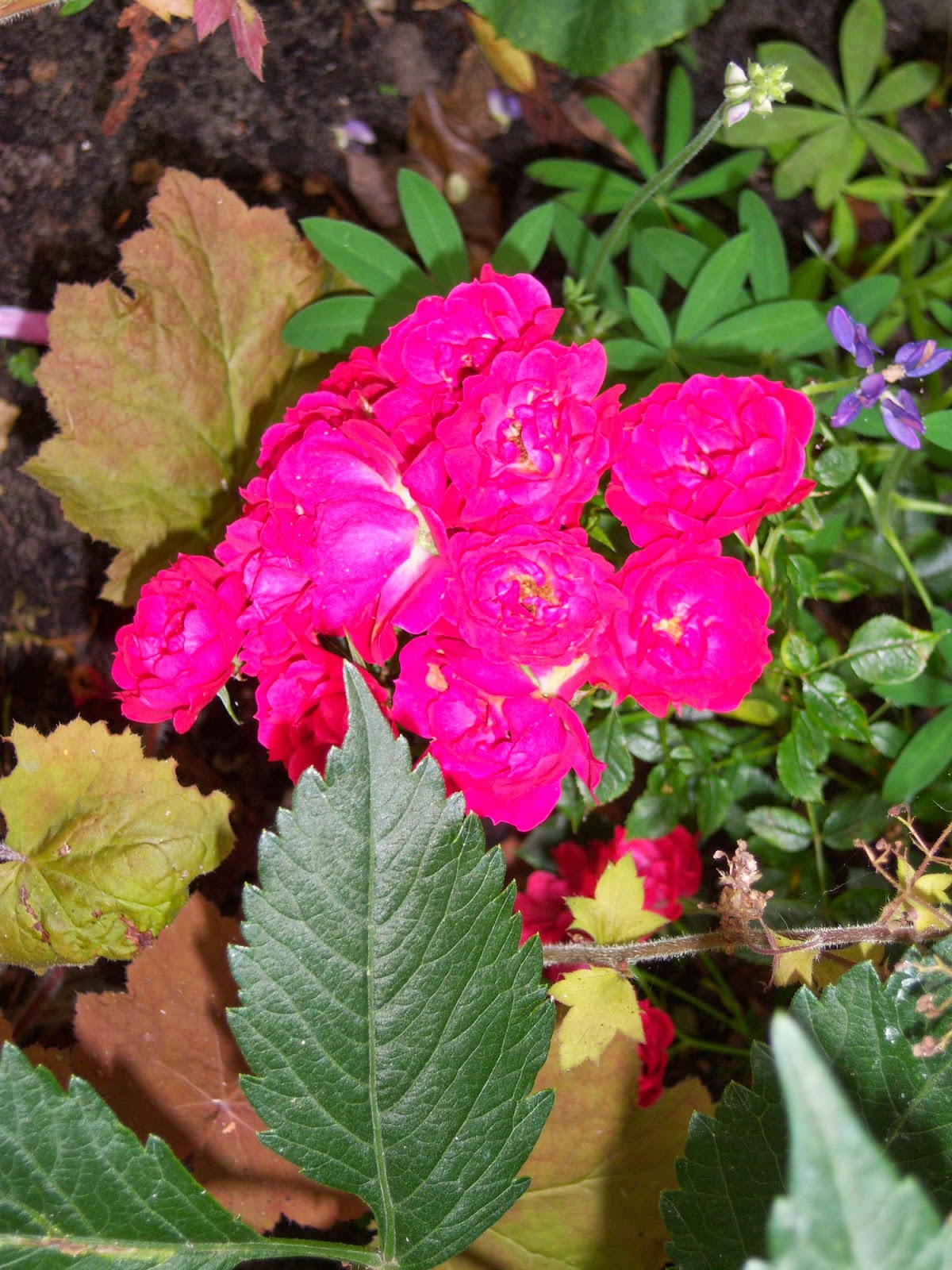 Not too good photo, but you get the idea, the color is more red than it looks like here. 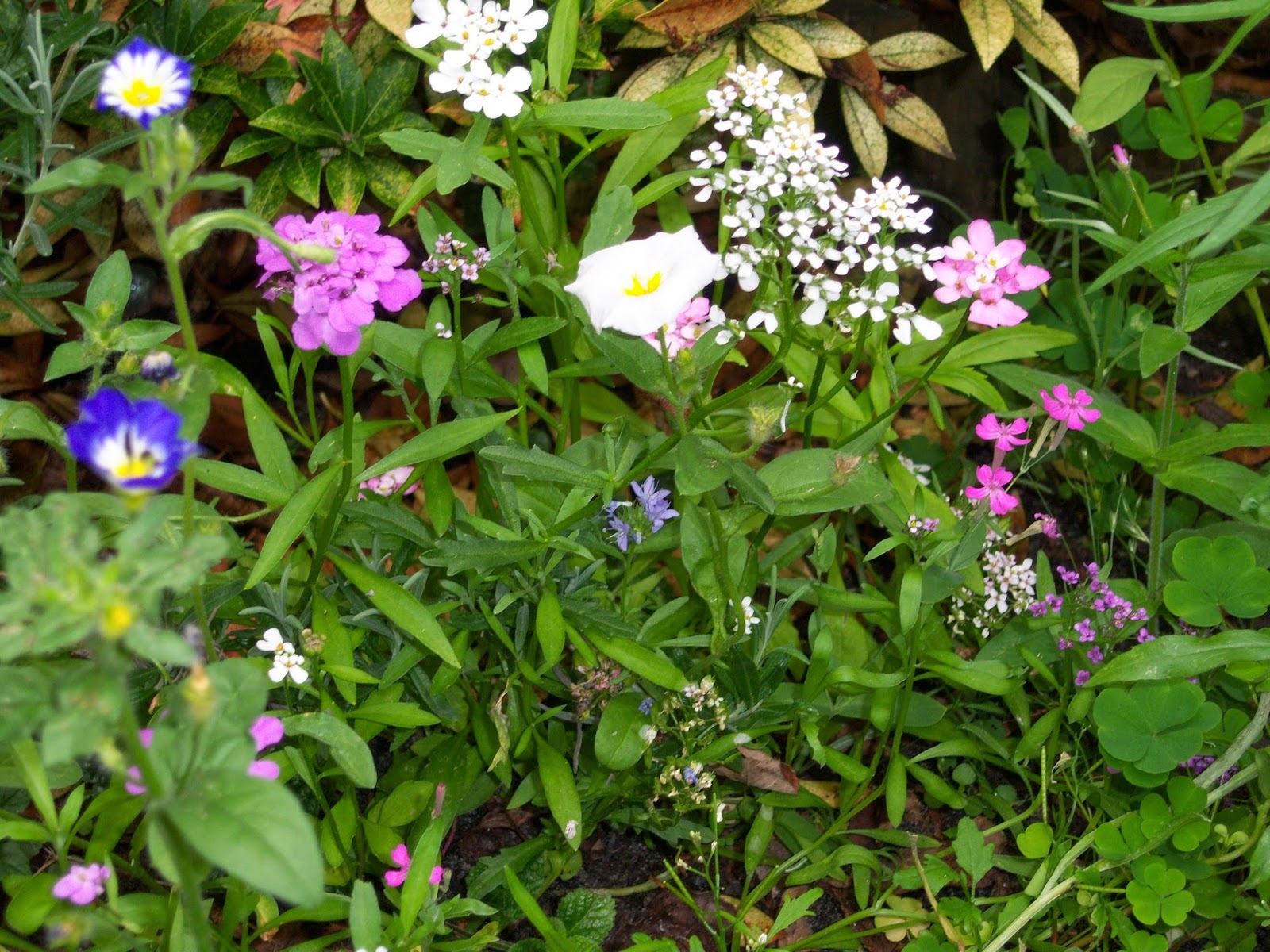 Hee some tiny sweet little flowers, coming from a seed package with mixed flower, I think you could call them field flowers.
And as last one of our busy lizzies, they do well, but it seems the growers had trouble with some diseases, so there weren't as many lizzies as usual.
But our summer isn't the same without some busy lizzies. 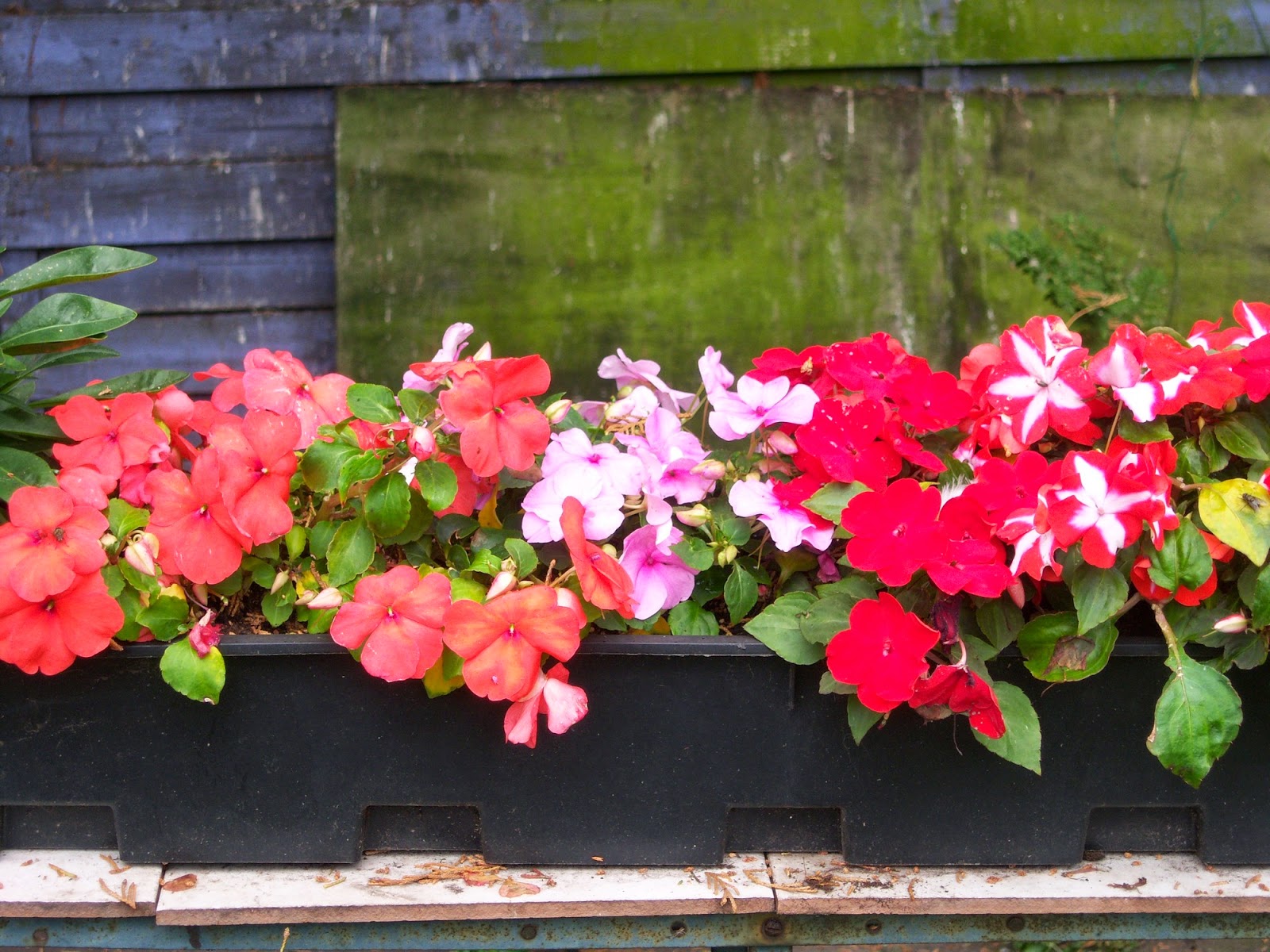 That about all for now, next thing we are waiting for is Jan's vascular research at the hospital. He isn;t very keen abut it, which I can understand, but on the other hand it's a good thing his doctor takes precautions and wants to rule out all risks, if there might any.

Today the weather looks better, not too sunny yet, but further on this week we might reach temperatures 0f 28 C, that will be rather hot!.

Now on to the second part of Whispered Memories., on Wednesday you will get Arlene's clusters.
I even did some more designing, am busy with another kit. May be I will find some quiet and the right mood today to finish it.
Have a fantastic day! 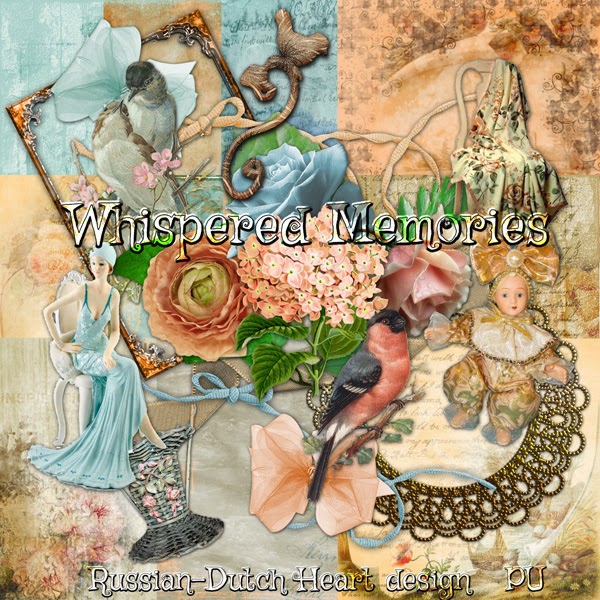 Thank you for the lovely kit. I enjoy the subdued colors. Have a couple of pics to scrap that just might pop with these colors. Thanks very much for sharing.
I have an appointment today for an exam with an EKG in preparation for Cataract surgery. Then maybe I'll see what I'm typing.LOL!

Congratulations! Your team did well this year. Kyra, your garden is just beautiful. I think I would love to sit out there and sip on a cool drink and just enjoy the beauty of it.

Yesterday, Pogo and I had a very refreshing day by the ocean. We really must do it again before the summer is over.

Today we have no plans. Just a fun lazy day. I hope your day is beautiful too. Hugs, Edna B.

Hello and Thank you for this lovely download.
Your flowers are all really pretty, thank you for showing us.
I hope all goes well with Jan's next test, it's never nice having them done...

Morning! Thanks for stopping by my place and visiting! I really appreciate it! I also thank you for the rest of this beautiful kit, now I just need to get myself in gear and created some more pages. My great nieces/nephews have shared a lot of nice photos I need to preserve and get a new book printed.

I was very happy to see the Netherlands take 3rd place...they earned that trophy of distinction. I was rooting for Germany because they seemed to have a more dominate team and really, really wanted that trophy! LOL!
Good luck to Jan on his tests and yes he is very lucky to have a conscientious doctor. Now all he has to do is as that doctor tells him too...ROFL....I know how stubborn men are!!
Today is another rest day for me (I haven't had enough of them yet) as I did laundry and vacuuming and mopping yesterday. The temps hit 101 without any heat indices added to it...the front moved in and dropped us about 10 degrees cooler for today, but only a couple of light showers here. Thursday is supposed to be our RAIN day....will see!

Y'all have a great day! Hugs sent for both of you! Luv, Mat