We had a nice weekend, Saturday morning Jan had to work, but then he was free the rest of the weekend.
It was still nice weather, although much lower temperatures.
We even had a thunderstorm yesterday evening, with lightning and thunder and even some rainshowers.
There isn't too much to tell, well, nothing real special, although there is something I can tell you from the Olympics. We have won two medals there, a silver for the swimming team on the 4x100 mtr. freestyle estafette for women and a golden one on the cycling event for women, on the road.
Marianne Vos was of a special level there, really a worthy winner of the event.

We did watch a lot of the Olympics, and did you see the opening ceremony on Friday evening??? I found it amazing and wonderful, specially the 3 first parts . Wow, the Brits had really used their imagination and skills. I had a great time watching it.

This morning I read the blog of Edna and she had some wonderful news!! She has a new dog in her life, named Pogo, the sweetest little tea-cup Yorkie you could wish for!!! She has some pictures of him on her blog, but I cannot resist showing you already one of them.
So meet Pogo, Edna's new companion, and I hope they will spent many wonderful years together! 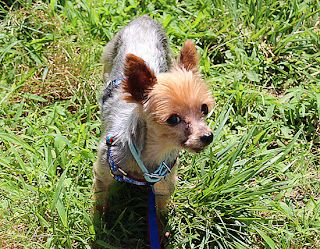 My friend Edna has given me an award, which I have to pass on. Thanks Edna, of course, and now the hard stuff: obeying the rules, which are not as easy as you should think.! 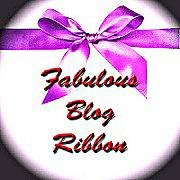 5 of my most fabulous moments in life:
Winning the pianocompetition from all schools and playing with the Residentie Orchestre in a big hall.
The cruise my parents and I made  on a Russian ship
A helicopter flight I made with my parents over the Caucasus Mountains.
Of course meeting my Jan and still being together.
My wedding day, specially the fact that my niece from France came over, and here husband who made a great photoshoot of the whole day, being the only family present on that day, I will always be so greatful for that.

5 things I love:
All things of nature, curled up cosy on the couch, watching a good detective, cooking, the designing of scrapkits, and all things creative, my pets, all friends I've met during my life till now, of course the blogging, which opened another world to me,.

5 things I hate, or better said I dislike:
Dishonesty, intolerance, discrimination, touching worms when I work in my garden (yak), see people around the world who have hunger and diseases and knowing that that shouldn;t be necessary, the terrible way some people treat animals.

Bloggers I pass the award on, for different reaons:
( I would have mentioned Edna, but I received it from her, so that's a bit difficult LOL)

It's time for freebies

From arlene I have various clusters, made with various kits of mine. 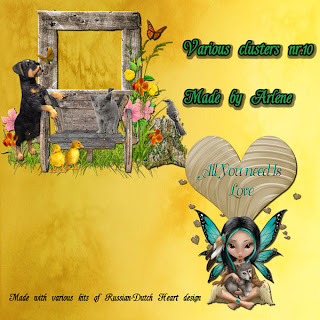 And there is a kit for you too and after that it will be time for me to slowly get busy around here, some things I want to do before Jan gets home again.
It's a one colour scheme kit, named Innamorato. Have fun with it. 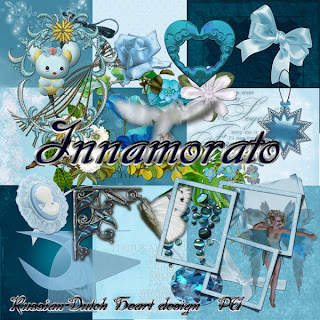 Posted by smiekeltje at 8:46 AM

Thanks to Arlene for her nice clusters.
What a wonderful blue kit you have today, and this paper with Winnie the pooh is so sweet... when my son was a little boy, he was very fond of him! souvenirs, souvenirs.....
Thank you so much,
Florence

Good morning Kyra:)
I didn't watch the Olympics yet. I usually watch the ice skating when I do though.:) Once in a while I will watch other things that are on there.High diving and swimming etc.

I was so surprised to get an award from you this morning!! How SWEET of you to think of me my friend.:)Thank you!! It may be a little while before I get it posted. I have my day already planned for me today.:)I will be trying to think of the things I LOVE and the things I DISLIKE as I go with my Mom to her pain Doctor.One of the dislikes will definitely be ..pain.:(

Thanks so much for sharing your lovely kit with me. LOVE the blues.:)

Have a wonderful day today and I hope you don't touch any worms if you go into your garden.LOL

Thank you so much for this post. I want to let you know that I posted a link to your blog in CBH Digital Scrapbooking Freebies (please, notice the new url for my blog), under the Page 5 post on Jul. 30, 2012. Thanks again.

Thank you so much for this post. I want to let you know that I posted a link to your blog in CBH Digital Scrapbooking Freebies (please, notice the new url for my blog), under the Page 4 post on Jul. 30, 2012. Thanks again.

Good morning Kyra. Gosh, my mind has been in a dither these past couple of days. Pogo has been keeping me busy, and I've been forgetting everything I'm supposed to do. lol.

Wow! You played with the orchestra in a big hall! I am so impressed! I love the piano, although I never learned how to play it.

It's time now to get ready to go shopping. Pogo is wanting a few new things of his very own. You have a wonderful day, hugs, Edna B.

I watched the Olympics too and thought of you with those 2 wins. Thanx for the lovely freebie from you and Arlene. Cute Pogo am so happy for Edna. Great award and fun to read the 5 things about you! Have a terrific week ahead! Hugs!!

Hello and Thank you for these great downloads. Wonderful work yet again from both of you...
Linda

Thank you, Kyra, for this kit in my favorite blues. Thank Arlene for the clusters - love the dogs.