It's quiet and peacefull in the house again LOL

Yeah, till now it's good news, the VCR still works hahahaha.
A bit less good news is that I have again a little bit trouble with the back, but not as severe as it was before. As I still have some pills left I got from the doctor, I am taking them and already can notice an improvement. Porbably the vacuum cleaning two days ago wasn;t the best for it. Oh, well, this will pass away too. Always have to stay optimistic, and of good hope, that already makes a difference.

I'll still have to do some shopping for Christmas, but I am not sure yet about the dinner. May be I will keep it real easy and we will have a fondue, with a variety of  meat, it is rather easy, and it is tasteful. And most of the time there will be a left over for the second day, but if not, that will be easy too, I will make a potatoe salad with slices of smoked salmon on top.
We watched, amond other things, also some debats etc. from the parliament, specially the House of Commons.
It's sometimes interesting. Only we have hard times at the moment, because of the Euro crisis and also still financial crisis which is all over the world. Hmmmmm, I wonder who is to blame mostly for that??????And who is paying the bill for that?????? Answer on last question is rather easy: that's us!
I think every a bit rational thinking person knows and even understands, that measurements are necessary and that they cannot always be without consiquences for us all. But sometimes ninisters come with proposals for new measurements, that are a bit ridiculous and I also wonder if they are helpful on the long term.
Now they are argueing about the social aid. If somebody has no work, so no income you can ask for a social aid, an income you receive from the government, based on a social minimum income. And then you have obligitation to search for work. Well, I understand that. You are now even forced to take any work, also when it is not according to your scholing . Even that I can understand. But now there is talk, that if e.g. a mother with say three children, isn;t working receiving social aid and has a child of 18 or 19 years old that is working(and most of the time they have the minimume salary for that age, which isn;t overwhelming) that the government wants, that the working kid has to donate it's full income to the mother, which will be redued from the social aid income and then the mother only will receive from government the money she is short from the social aid amount. In figures: Kid earns about € 700 a month, social aid from mother with 3 kids should be around € 1100, government pays just € 400 to the mother. If you say that quick, it seems not too bad, but think further. The earning kid cannot make savings to perhaps one day buy a house, or for other things. With about € 700 a month, it's also very difficult to rent your own appartment, almost not possible. Then mother is obligated to search work, or to take some, where ever it is in Holland. She still has two much younger kids who go still to school. But if she works, she probably will have to put the two kids in a after school care program, which is very very expensive. Perhaps she will be able to get a few aids for rent, or taxes, that again from government, but if you calculate it all through, it doesn;t make real sense.
Okay, if the eldest kid still lives at home, it could make a monthly donation from it's earnings, I think that is reasonable. But not the way the government wants it to be.
I know, our social security systems is still rather good here, it also costs a lot of money from the government(but it is coming out of the pocket of all the hardworking people in taxes!), and if possiblle I do think everybody should try to have work, if you can. But now the other problem: if there isn;t enough work? Not for everybody, because I don;t think everybody is able to do everybody's work( and that's what the government wants). The amount of jobless people is slowly getting higher, and I believe it will rise much more next year, cause a lot of companies cut down on the costs of employess, and also a lot of sotres and companies and fabrics just have to close their doors because of very bad results, they cannot go on anymore.
They want everybody to work till 67( you can stop at a younger agem but then your elderlystate pension will be cut down), but do you see somebody of around 63 working in a glass house, from 6 in the morning till about 1 in the afternoon, picking tomatoes or strawberries? Or doing a harsh cleaning job? I don;t think so. At least not a big part of them, it's too straining on the physics.
I believe it is a circle, difficult to break through, but for the ministers there  is no problem, they have a great income, if they might quite their job, for whatever reason, they receive still a nice income, and most of the time they manage to get a rather nice job after it.
Oh my, politics!!!!! We  little people will never understand it properly, but I am sure of one thing:
A lot of the governamental money could be spend much more wisely and useful, which would result in the end for much better social climat for all of us!

ROFL< ROFL
It's also a bit difficult at times for me to find the proper words in English, so sometimes perhaps it doesn;t make sense what I write down, or may sound a bit mumbo-jumbo, but I also think you can grasp the essence of it, hey?

Let's go to a bit brighter side of life, grin! I have a freebie for you today, again Christmas related, this time a bindle of quickpages in brag book page and also a few in other format. I hope they will be of use for some of you. I may be even back already tomorrow, just with a quick post, in fact just to post another Christmaskit. Yeah, I still have some for you and I think I will try to post them all before Christmasday. So keep an eye on this blog for the next couple of days, if you are still short of Christmas scrapping kits.
Hope you are not too depressed by my rambling!
Have a great day, and a great day can be accomplished just beacuse of a smile and good hope for another one! 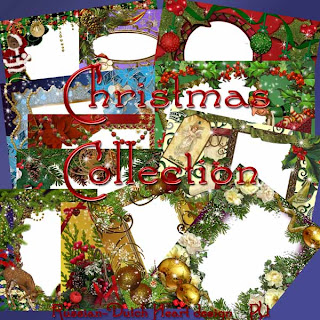 Thank you so much for this post. I want to let you know that I posted a link to your blog in CBH Digital Scrapbooking Freebies, under the Page 7 post on Dec. 21, 2011. Thanks again.

Kyra, your English is just fine. I don't have any problems understanding what you write. As for the politics, I have to agree with you. Only the folks with lots of money have political jobs, and they are the ones making the laws for the rest of us. As for working in the fields, I could not do it. Maybe when I was younger, but now age catches up with me.

Now I'm off to do some errands. You have a restful day. Take care of your back. Hugs, Edna B.

Good evening Kyra:)
I know what you mean about the economy and the government etc.Sure doesn't look like things are getting better..does it? One day at a time is all we can do.:)
Jim got me out of the house today.Took me shopping for a little while and then to Taco Bell for lunch.I needed to get back home to relax my back again.So he brought me back home.Oh well...gotta let the muscles build back up.:)
Hope you have a very Merry Christmas my friend.Thanks so much for your lovely gifts!!

Thank you so much for this pretty gift. Happy Holidays to you & your family.

Another truely inspiring freebie. What wonderful photo frames. Thanks you so very much for sharing these with us.