Another cleaning day in great weather.

It was a really lovely day yesterday, so first thing we did was putting the bunny outside in the late morning. And oh miracle, Brodski had the courage to put his nose against the gitter  of the bunny cage! First time I saw him do that. But poor cat, bunny was all excited to see a cat again, he thought to have a playmate and enthousiaticaly offered the cat his ball with a little bell in it and jumped up and down of joy. Well, that was too much for Brodski so with a jump and run he save his "skin"LOL!
And we did some great work yesterday. I took the curtains from the back of the house and gave them a good wash(by hand), then I planned to clean the windows, but my sweet husband offered to do it, nice hmmmm? So I went to the kitchen, took the little curtains there and washed them and cleaned the windows and the woodwork around it too. Pffffff, all together it is heavy work, but the result is great. Then also gave a good sweep in the house with the vacuum cleaner and prepared also the meat for our dinner and then thought it was enough for that day LOL!
But today I have to do a bit of shopping and turn on the washing machine, not too much. It doesn;t look to be such a good day as yesterday, but they promised us much better weather next week, so may be the summer will return in August.

Didn't do really much on the designing, I hope to do something during the weekend. Still I have two sneak peeks fro you of kits, oming up in August. I like to puzzle you a bit! 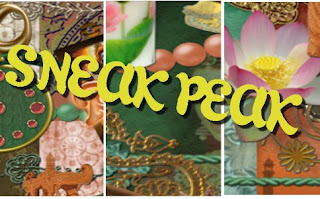 And on to today's freebie. We go for a bit of temperament with the kit "Gypsy Trail".
Atill early now, but I think I like to have a coffee now and then up to the supermarket!
Have a fantastic weekend and see you back, I hope, on Monday! 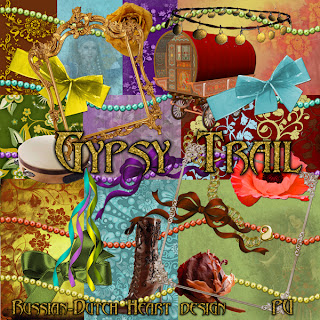 Thank you so much for this post. I want to let you know that I posted a link to your blog in CBH Digital Scrapbooking Freebies, under the Page 5 post on Jul. 29, 2011. Thanks again.

Wow, where do you get all your energy? It wore me out just thinking of all the work you did! lol. I could use a bit of your energy.

It must be fun watching bunny's antics. The lady next door to here has three bunnies for pets. they are so adorable, and they are all trained to use the litter box.

It's time for me to get back to work here. You have a great day. Hugs, Edna B.

I haven't had time to visit your blog in awhile - I love your new background.

Just a quick note to let you know that a link to this post will be placed on CraftCrave in the DigiFree category today [30 Jul 01:00am GMT]. Thanks, Maria